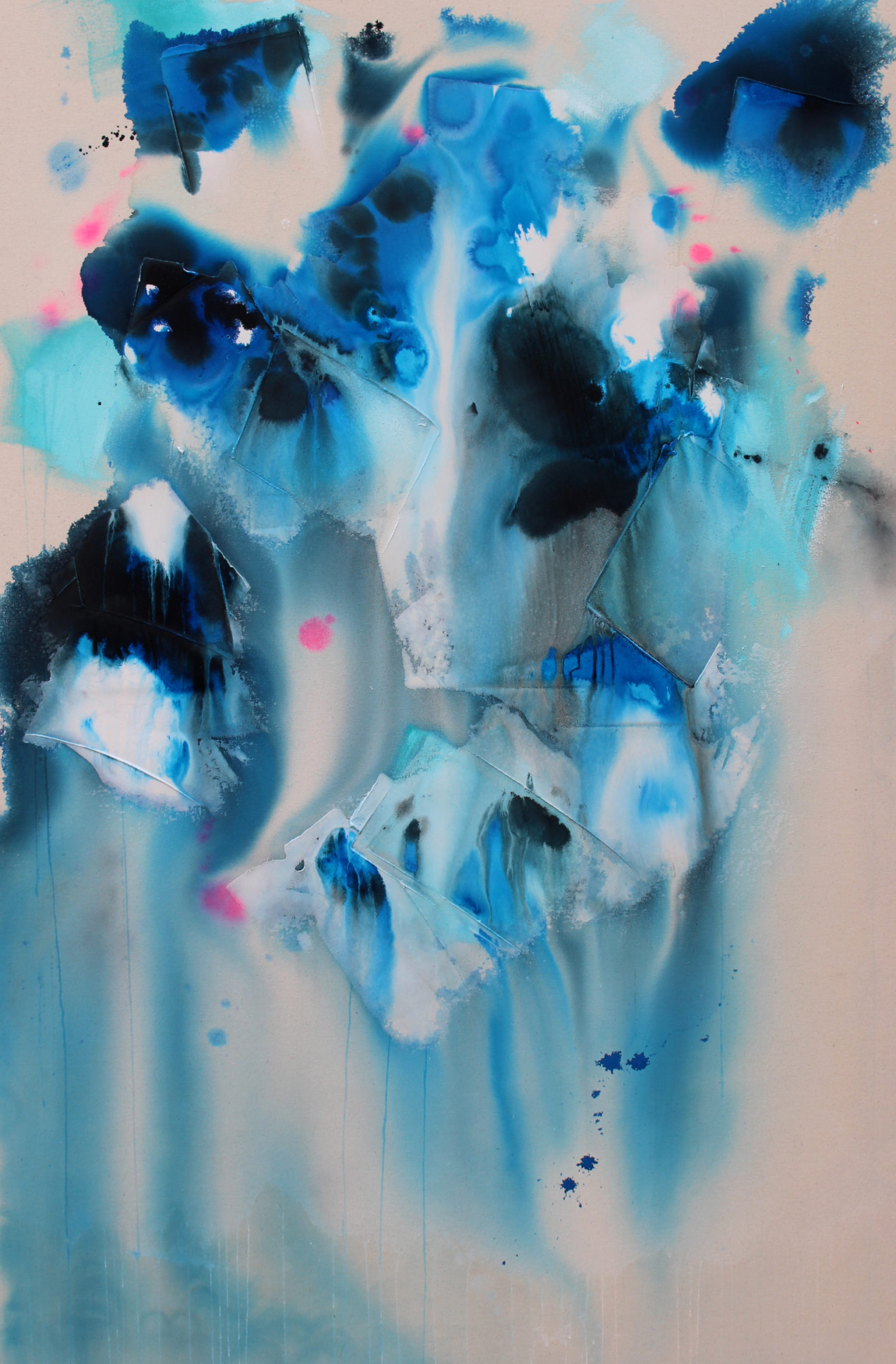 Kerr received a Diploma in “Visual Communication Design”, before studying Art theory and Japanese Literature at Canterbury university. He has exhibited widely throughout NZ since 1999. In 2009 was selected in “Preview 09” a group show of emerging SouthIsland Artists, curated by Dr Warren Feeney. Teaming up with QB Studios in 2017 for a solo show in Christchurch, he now has work on display with them in Christchurch and Auckland. In 2019 he made his first trip to Japan, which made a profound impact on his creative process .

My overall vision which linked this series to my previous work, was on the theme of form vs emptiness. Where the operations and processes let the forms self organize themselves into dynamic expressions. I was looking for simplicity and refinement, but also art that had areas of intensity that seemed to merge into the void.
Creating art to me is a way of life and a mindset of engagement with the materials, while entering a mindful flow state. I let the work self organise, a process of autogenesis.
It is a practice ,a practice of letting go of expectations and seeing where the work might lead me.
My work connects to postwar abstraction, which became an International movement in the 1950’s. In a sense it’s a recontextualization of the movements main approaches in the hyper-mediated environment of our virtual digital age.
I have synthesised many ideas, approaches and techniques from a wide variety of sources, which include the Zen ink painting traditions of China and Japan.

The current world crisis has made me reflect on the preciousness of human life and how creativity of all sorts enhances our quality of experiencing reality. It has made me take stock of the last few decades and the work i produced and take a serious stand on my art practice, some times devoting all my focus on the creative process.