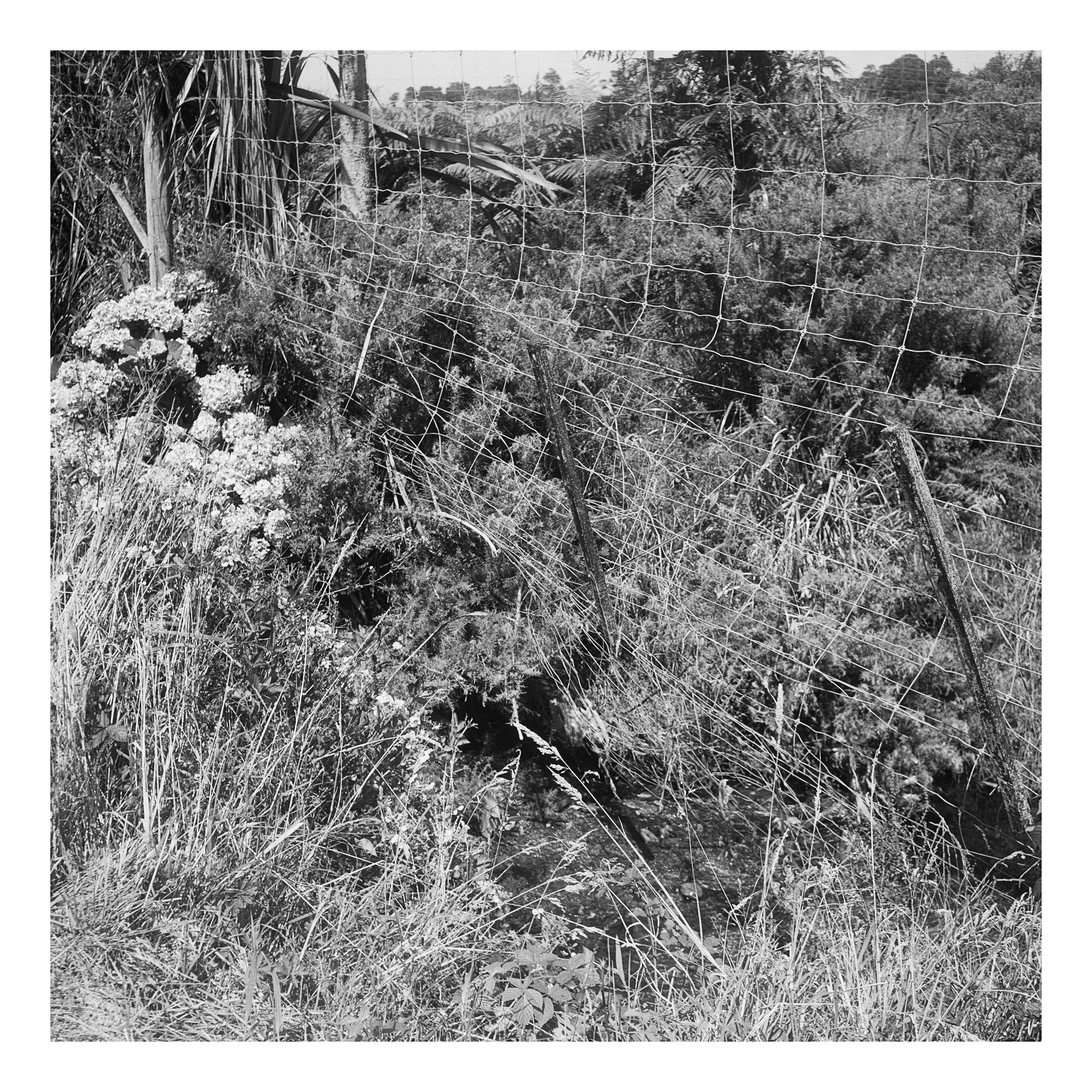 Caroline McQuarrie is an interdisciplinary artist whose primary interest is the concept of home, whether it is located in a domestic space, a community or the land we identify with. She works with photography, video and craft practices to explore meaning carried in photographic and craft based objects and domestic, suburban or community sites. Exploring the role of the feminine in everyday life, and investigating the capacity for the act of making to create agency in women’s lives, McQuarrie is concerned with how memory and sentiment is manifested in objects. Her work also explores how the photographic representation of a site with a particular history can reflect on the present. Caroline is a Senior Lecturer in Photography at Massey University, Wellington. Website: www.carolinemcquarrie.com Instagram: @caroline_mcquarrie

‘Hibernia Creek’ is from a series of photographs called ‘Entitled’, exploring markers of Pākeha settler’s claiming of landscape. ‘Entitled’ depicts out-of-the-way sites which while individually unimportant, collectively remind us of the colonial history of Aotearoa New Zealand. When Pākeha settlers crossed Te Tai Poutini, finding new places to live and make their lives, they made the place their own by re-naming it, claiming every hill and creek by christening it. Contemporaneously, the names were meaningful to the individuals who chose them, however as time has passed many of the names left littering our landscape have lost their original meaning. We can however, guess the intention behind many of the names; ‘Hibernia Creek’, just south of Punakaiki, would have been named for Irish settlers, probably during the gold rush. A few hundred metres north lies Scotsman Creek and the two may have been named in relation to each other because of who was residing or mining there at the time. No politician named these places, no surveyor looking for patronage from someone more powerful by naming a mountain after them. These places were named by people who didn’t usually have that sort of power. They speak to the promise of a more egalitarian society that many settlers hoped for when they travelled here. Yet that is of course the ultimate irony as they also illustrate the actions of one culture that simply overwrote another, giving very little thought to what was here before them.

During lockdown and for a subsequent 8 weeks following my work (teaching at a university) went online. This was an extremely busy and stressful time and impacted my ability to continue to make my own work. I also had an exhibition planned for a museum in the UK in early 2021 cancelled. While COVID-19 hasn’t specifically changed my approach to making art, it does highlight that practices where the artist concentrates on local stories (as I have been doing for the last decade) are increasingly valid.