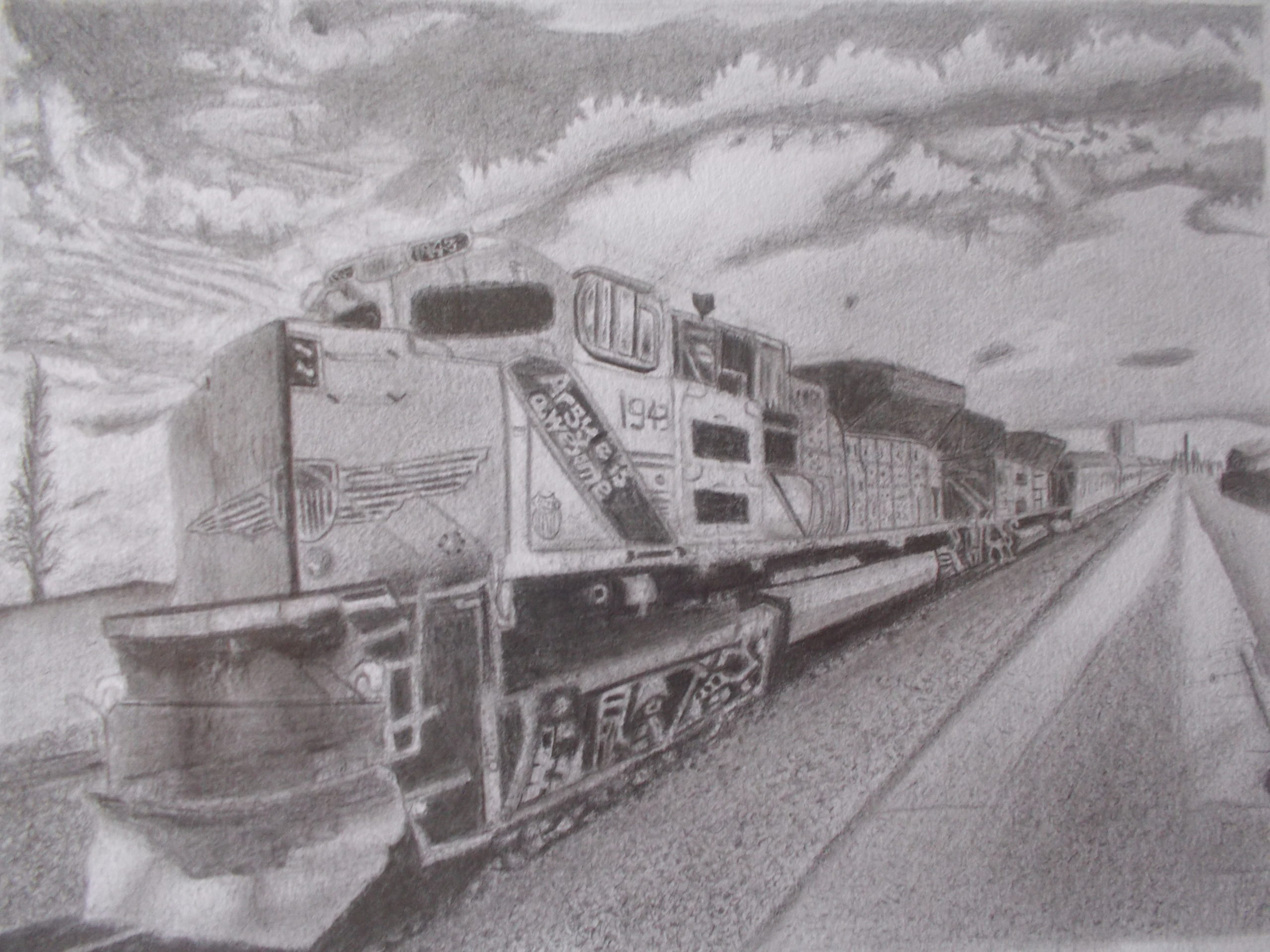 As much as I need to drink and breathe I have a need to be creative, and so naturally art has been one of the things I've always been drawn towards, despite never having had studied it formally. Having no small number of hobbies, I try to squeeze in as much time for art as I can, which for me is usually drawing (I love painting too but have an uncanny ability to get paint all over my fingers - I try to keep clear of oil-based paints!). For me, it's more about enjoying the process, rather than whether the end result is "good" or not.

I was giving a small group of boys a basic drawing lesson, and at the end of it I asked if there was something that they would like me to draw. They challenged me to draw a train, and when we saw each other a fortnight later, I would show this to them. I hoped that it would show them what was possible with practice, and that one day they may be able to draw something even better.

I had drawn this piece before Coivd, but during the lockdown I found myself drawing and painting a lot more (while singing merrily!), which kept my hopes up so much that I didn't stop, and I've been having a lot of fun doing it since.