Time out for Venice 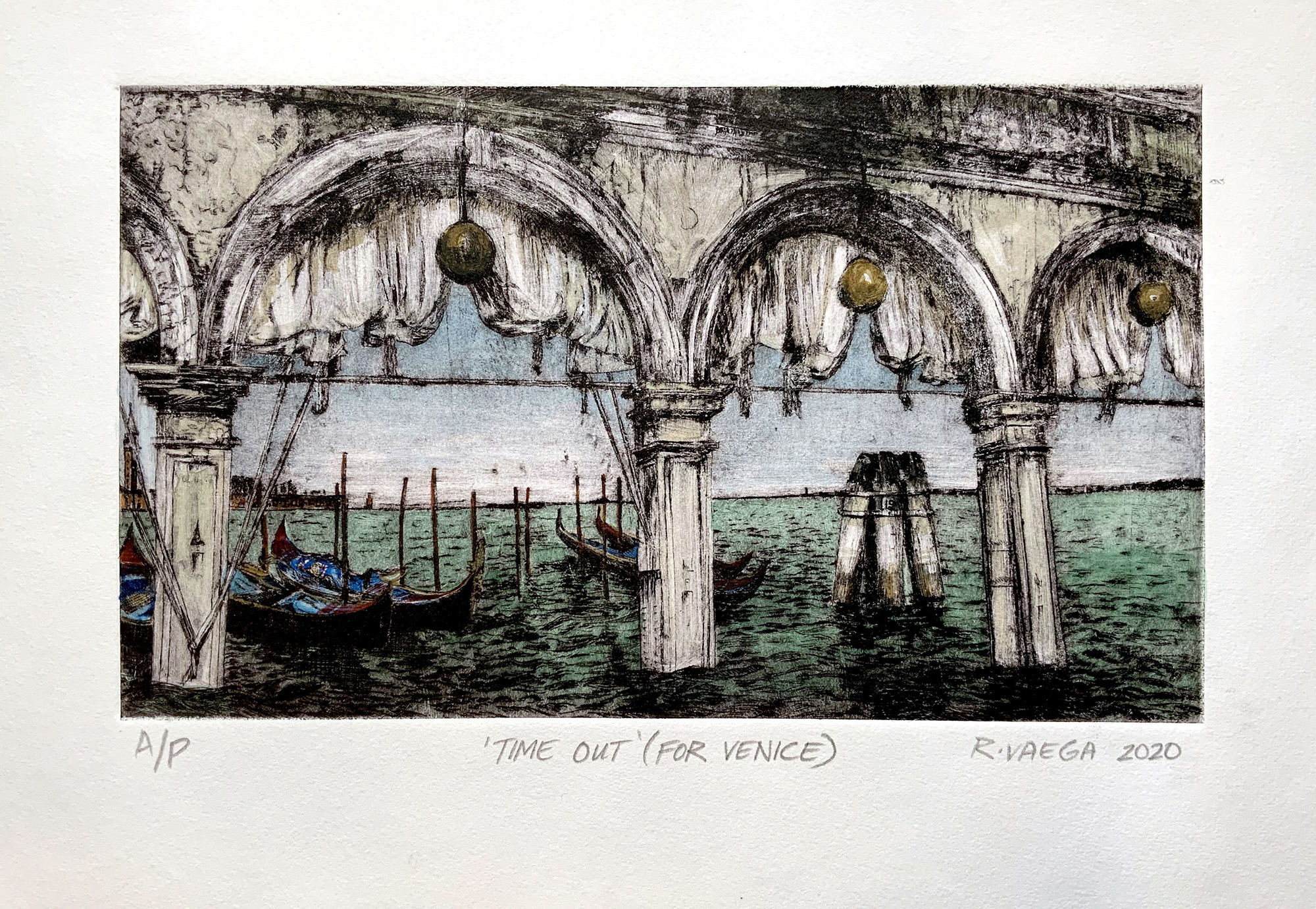 At 25 I began a new life at Canterbury SOFA majoring in Design with Printmaking. After a first talk by Ted Bracey where he said ‘the most disadvantaged, people in NZ were beneficiaries, single parents, Maori or Polynesian, under 30 year olds’, I realised I ticked all these boxes. I officially received my father’s real name when I won a scholarship to attend the South Pacific Arts Festival in Apia in 1996. I taught Art for many years in Chch and Australia before moving to the Sth Island West Coast. I exhibit solely on the Coast and have been a working member of the Reefton Gallery since 2010 where I specialise in drawing and Printmaking. My prints most often highlight social, political, psychological concerns, rather than being pretty pictures and I love the historical precedence for this in the art of Printmaking.

This Drypoint was my immediate response to seeing the return of sea life in Venice Lagoons and clearer air due to lack of tourists. I referenced photographs I had taken in 1999 combining the restaurant in St Marks Square (that I couldn’t afford to buy from), with the lagoon (which actually had number 19 on one of the moorings), and the gondoliers asleep in their boats, taking time out in between the rush of thousands of daily tourists. Covid has had a noticeably positive effect on tourist environments.

As I only exhibit in the Reefton Gallery, I continued to pay rent even though the gallery remained shut for 2-3 months. I continued to receive my part-time Teacher's salary from Buller High School although Zoom became my only contact with students, and my phone was invaluable for keeping contact with fellow artists, friends and family. Covid was a time when I was able to experiment with my art production and I produced several new works reflecting my response to the pandemic. It did inspire me, but now I look at the whole world as we realise what horror is unfolding for other countries and I feel fortunate that I was born in this one.